An internationally important gannet colony, with around 30,000 pairs of gannets, Little Skellig is also classed as a  Special Protection Area under the EU Birds Directive. It's also home to fulmar, manx shearwater, storm petrel, kittiwake, razorbill, guillemot and puffin.  At low tide, you might also catch sight of brown seals lazing on rocks ledges.

You can hear (and sometimes smell) the birds as you approach Little Skellig; just about every possible bit of the rock ledges are occupied. Its a marvellous sight to see the birds in the air above, on the rock faces and diving into the water below.  Seen from a distance, it looks as if there is snow on top of the rock.

The island has some amazing stone arches and cut-throughs, some of which are navigable (depending on the state of tide and the weather). 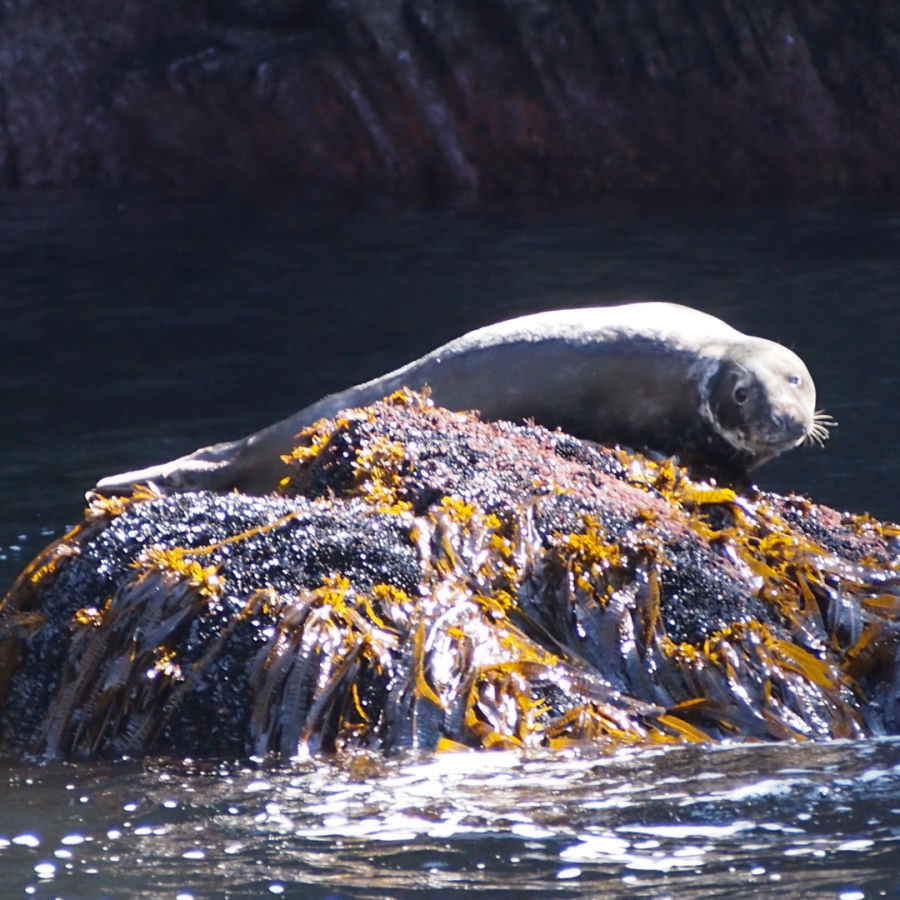 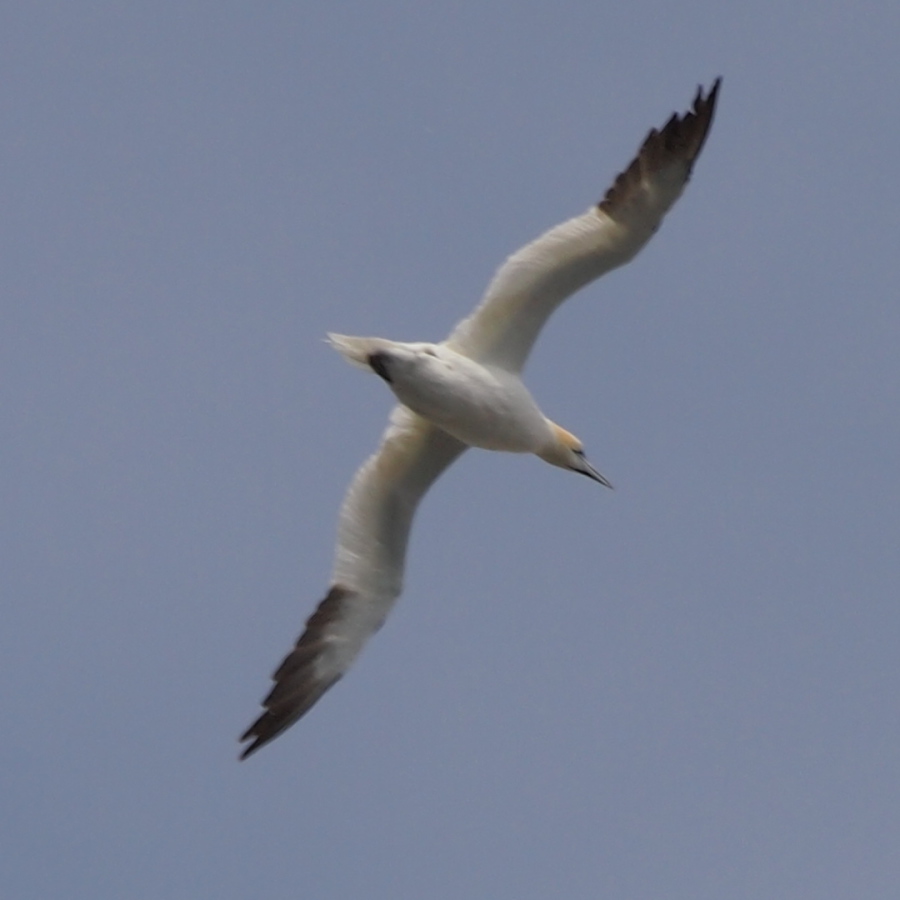 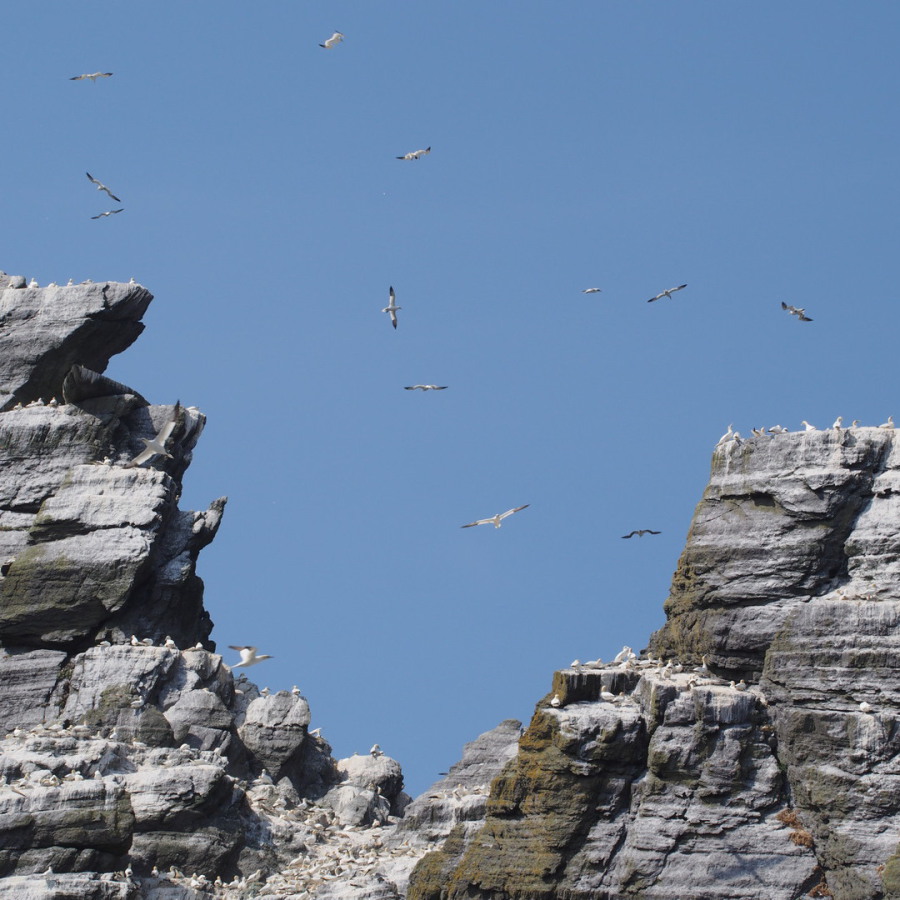 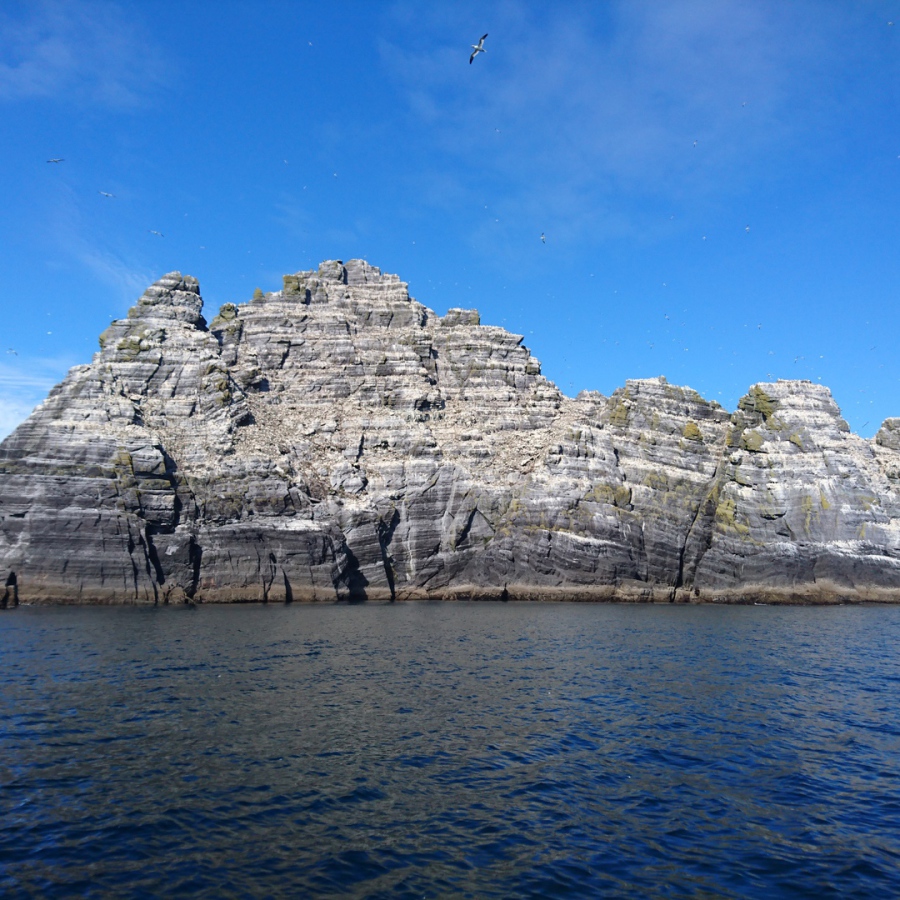 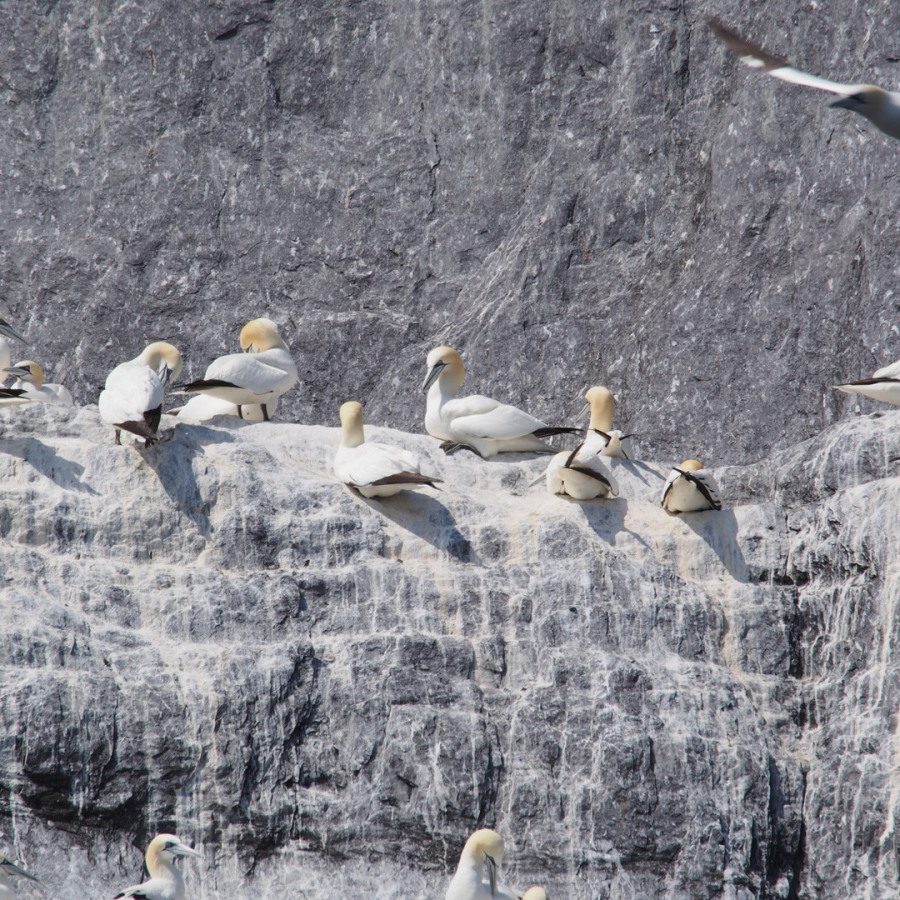 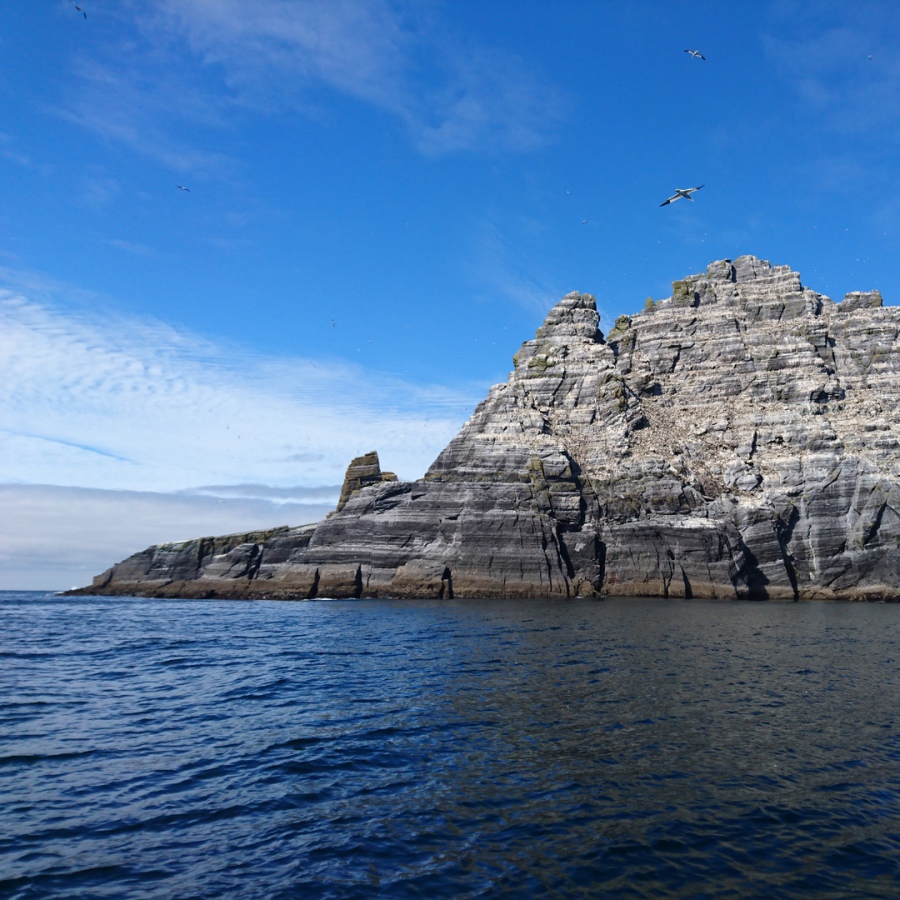